Absturz is a micro-management/business simulation game in which the gamer is the boss of a construction company. Before a new level starts he gets hired and paid to build a house. The Budget of the company functions as health points for the gamer. When a level starts the player has to scroll over a construction site. The workers automatically search for free working places and move around on their own. The player’s job is to click on a worker and to protect him right (rope, helmet…). When a worker starts to fall down and he is wrong or not at all protected he gets injured. The player has to pay for the injured workers. If his budget decreases to 0 before the building is finished it’s game over. 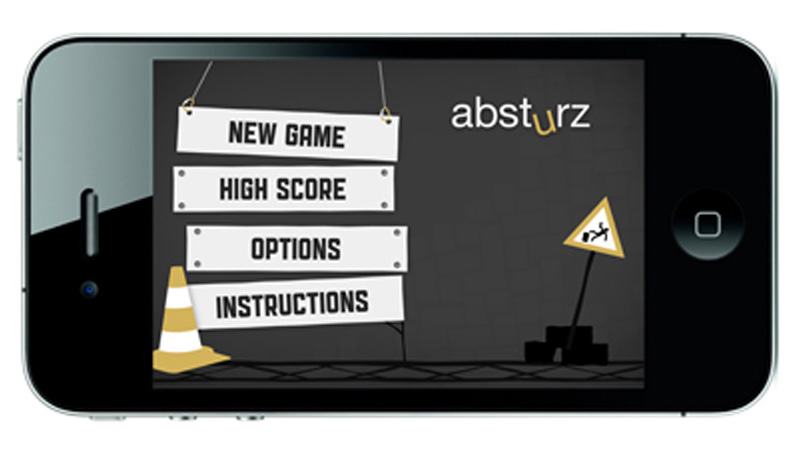 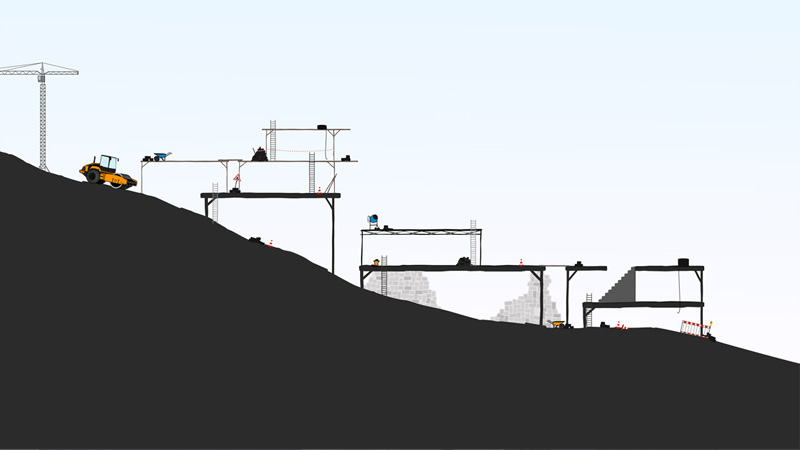 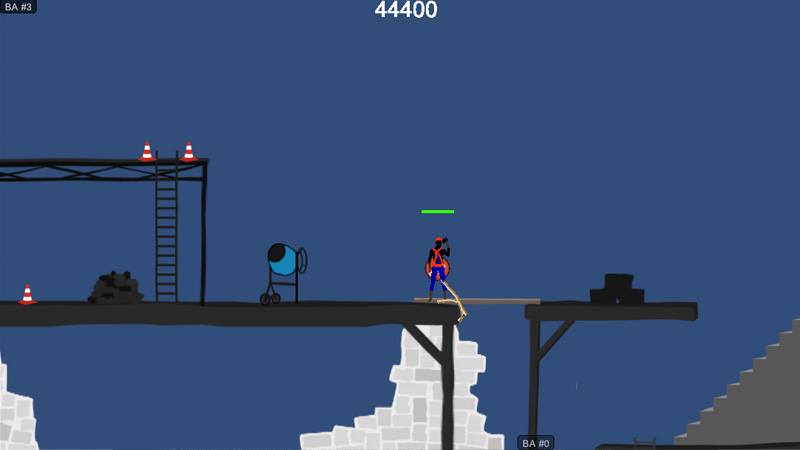 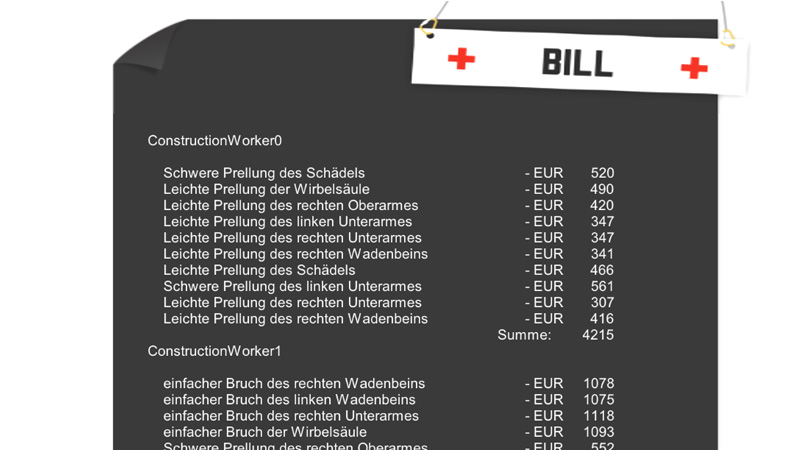 The artificial intelligence of the construction workers is handled by the A* Search Algorithm. In the background of the map is an undirected graph consisting of A* nodes. The work nodes inherit from the A* nodes and represent work places. Every construction worker who hasn’t any job searches for the closest and free work node. The A* Search Algorithm finds the shortest path to this node.

The construction workers are 3D models which transform in a 3D ragdoll if they start to fall down. The background and items are 2D sprites combined with 3D box colliders. All graphic content is created by our 2D and 3D artists.