Virtua Tennis 2D is a Flash game written in ActionScript 2. It was a project in the second semester of my degree program Multimedia Technology. The whole game elements are moving in the 3D space. The 3 dimensional coordinates are projected to the 2D screen coordinates. The ball bounces physically correct in the 3D space. I created a simple custom 3D engine for flash. 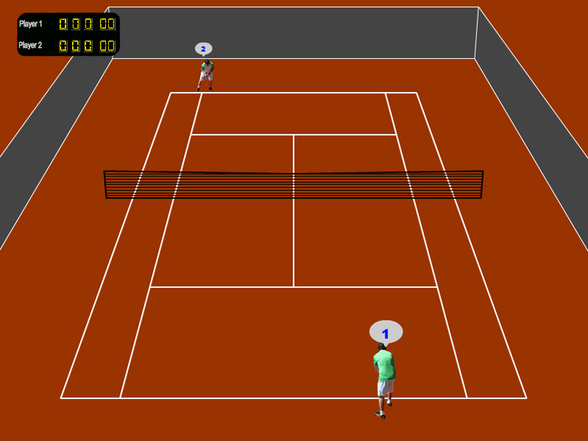 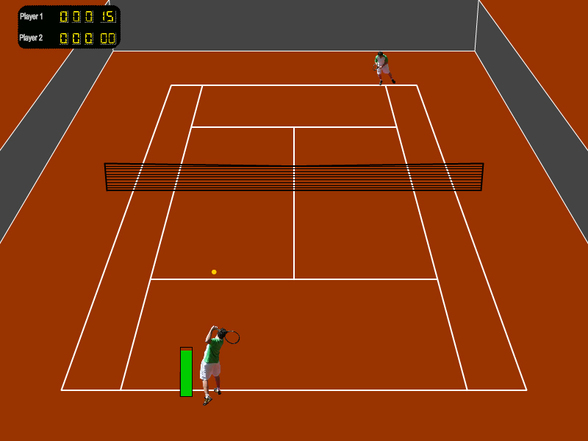 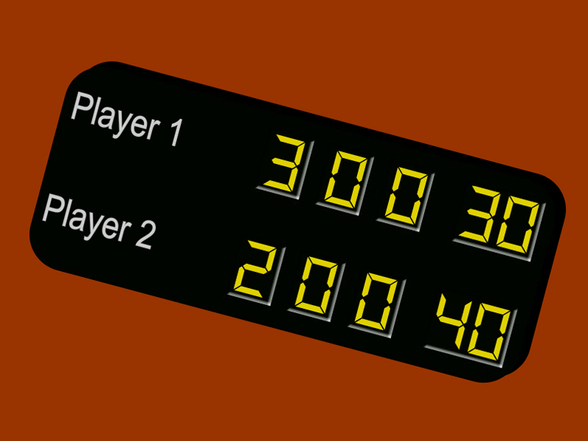 For the graphic representation of the player I took a photo series of a real tennis player, cut out the background of the photos and created animated sprites. Some animations are missing (i.e. running or volleys) because the cutting out was very time consuming. The player can influence the strength and the angle with which the ball is struck. If the player is near the ball and has enough time to strike out with the racket he hits the ball fast and low, otherwise the ball flies slow and high.